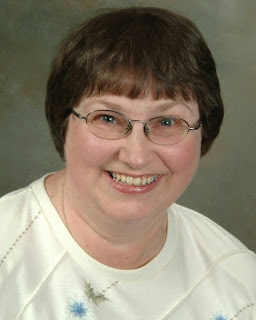 Welcome to the CBRB, Susan! It’s great to have you back! Can you please share a little bit about yourself?

I’ve been writing fiction since 1999, and my first book was published in 2004. Before that I worked for a newspaper. I’m a wife, a mother of six, grandmother of eight. I spent most of my life in Maine, but have also lived in New York, North Carolina, and Oregon. Now I live in western Kentucky.

What is your favorite book that you have written?

That’s mean to ask me to pick one. I like Cowgirl Trail a lot. I think that whatever I’m writing at the moment is usually my favorite, and right now that’s a mystery story with no title yet.

Is there a character from one of your books that you’re particularly fond of?

I really like Carlotta in Cowgirl Trail, and I’m thinking of writing her story in a new book. She’s a rancher’s daughter and very proud of her heritage, but she also has a big heart.

What was your journey to publication like and how long did you write before you were published?

I started trying to sell fiction in 1999. I sold several short stories in the 2001-2004 period (Woman’s World, Grit, Alfred Hitchcock’s Mystery Magazine…). In 2003, Heartsong Presents bought my western, Protecting Amy, and they published it in the fall of 2004. In the interval between selling and publishing, I gained an agent. Heartsong also published my second book. After that I started selling to other publishers as well as doing more Heartsongs. I now have about 40 published books. It hasn’t been easy, but I love it.

What people have inspired you on your writing journey?

My husband, my son Jim and daughters Amy and Megan; Jim and Tracie Peterson, who were my first editors at Heartsong; other authors and friends.

Are you currently working on anything new? If so, what is it?

Yes, I’m doing a couple of mystery books, and I hope to be writing another Texas book soon.

What are you currently reading?

How has your relationship with Jesus affected/influenced your writing?

Absolutely. Some of my books have a clear gospel message. In others it is a more subtle Christian worldview or attitude, but my faith is always there in my heart, so it does affect my presentation of the stories.

Please tell us about the featured book, Cowgirl Trail.

In 1884, Maggie Porter returns to the Rocking P Ranch. The sanatorium was not able to save her mother and now her father’s health is failing. When the cowboys walk off the job leaving no one to drive the cattle to market, ranch foreman Alex Bright cannot convince the men to stay. Maggie is desperate to save the ranch, and she turns to the town’s women for help. The new cowgirls must herd, rope, and drive the cattle to market. Unfortunately, some of the strikers resent their actions and want to liven up things on the cattle drive. Maggie can’t believe Alex, whom she always admired, would cause trouble for her family. Can she forgive him and accept his offer of help when trouble comes?

“The princess wants to ride this morning. Saddle up her horse.” Jack Hubble, the ranch foreman, clapped Alex on the shoulder and walked past him into the barn.
Alex shot a glance toward the house, but the boss’s daughter hadn’t come out yet. “Uh. . .which horse?”
“Duchess, of course. Come on, I’ll show you her gear.” Jack strode into the tack room, and Alex hurried after him.
“That’s the chestnut mare out back?”
“That’s right. Here’s Miss Maggie’s saddle.” Jack laid a hand on the horn of a fancy stock saddle with tooled flowers and scrollwork on the skirts.
“She doesn’t ride sidesaddle?”
“Nah. Maggie’s been riding like a boy since she was a little kid. Her father lets her get away with it, so don’t say anything.”
Alex nodded. His own sisters rode astride around the home place, and no one thought a thing about it. Why should he expect the boss’s thirteen-year-old daughter to behave differently? But he had. Maggie Porter was a pretty girl, blond and blue-eyed. She’d looked like a china doll on Sunday morning, wearing a pink dress with gloves and a white straw bonnet when the family set out for church in the buckboard.
“Here’s Duchess’s bridle.” Jack placed it in his hand.
“Just saddle the mare and take it out to her?” Alex asked.
“Get your horse ready, too.”
Alex stared at him. “Me? You mean I’m going with her?” He’d been hired at the Rocking P less than two weeks earlier. Now wasn’t the time to argue with his foreman, but it seemed a little strange.
Jack laughed. “You’re low man around here. Oh, the fellas don’t mind, but it gets kind of boring. It’s an easy morning for you. And Maggie’s a good kid. Let her go wherever she wants on Rocking P land, but make sure she doesn’t do anything dangerous. Where’s your gun?”
“In the bunkhouse.”
“You’ll want it today, just in case.”
“In case of what?” Alex’s first thought was Comanche, but the tribes were now confined to reservations—his parents had followed the saga of the Numinu with special interest.
“You never know, do you?” Jack said. “Snakes, wild hogs, drifters.”
“All right. How long does she ride?”
“As long as she wants, but get her home by noon. Her mother gets fretful if she’s late for dinner.” Jack looked him up and down. “Oh, there’s one other thing.”
“What’s that?”
“Maggie’s young, but she’s starting to notice you boys. Don’t do anything to give her ideas.”

Intriguing! Please give me more:) Thank you for being here, Susan. Where can readers learn more information about you?


**********
GIVEAWAY!
Susan has kindly offered to giveaway a print copy of her book
Cowgirl Trail. Just leave a comment with your email address to be entered in the giveaway. Giveaway is available to U.S. and Canadian residents only.

For extra entries:
~Be a follower +1
~Add my button to your blog +1
~Post about this giveaway +2
~Tweet/Post on Facebook +2
(please leave a separate comment for each extra entry)

Giveaway ends on Wednesday May 23, 2012 at midnight (Eastern time). Winner will be chosen using Random.org.
Posted by Aizess