Author Interview and Giveaway: Where Love Once Lived by Sid Frost 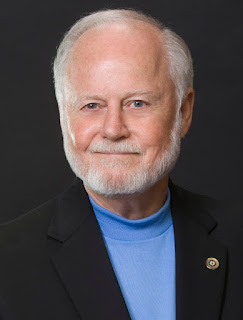 Welcome to the CBRB! Thank you for being here, Sid! For those who were not able to enjoy your last interview, can you again give us a little information about you?

I have a Master of Science degree from the University of Houston and a Bachelor of Arts from the University of California at Long Beach and worked with computers in one form or another throughout my working life. In addition to my full time job as a computer systems analyst/programmer, I taught computer science classes part time at Austin Community College. A second part time job was as a member of the Austin Lyric Opera Chorus.

I retired in May 2011 and have enjoyed having more time for singing, writing and traveling. My wife Celeste and I love to spend time on the lake, fishing and boating. I also work as a volunteer at my church library. I love books.

I am a member of the American Christian Fiction Writers, the Writers League of Texas, and the San Gabriel Writers' League in Georgetown, Texas.

Is there a particular genre you enjoy reading/writing and why is it your favorite?

I read a variety of books, mostly Christian fiction since I am a reviewer for several Christian publishers. But for fun, I've read all Kathy Reich's Temperance Brennan books. My neighborhood book club seems to like historical nonfiction best so I end up reading more of that than I would ordinarily.

I love Jan Karon books. My latest favorite Christian writer is Davis Bunn. I've previewed his last two books and will preview the next two also. I like Charles Martin's books (Wrapped in Rain, The Mountain Between Us).

My featured book today is Where Love Once Lived which many people think is a romance because of the title. It is a love story and it's structured like a romance in that there are male and female protagonists and the point of view alternates between them. But there's more than the love story. It is also about how Brian finds the love of God once again.

I wrote The Vengeance Squad in first person, in one person's viewpoint because I felt that was the only way it would work. I didn't think about genre at the time I wrote it, but now I call it a Christian mystery/suspense/thriller. Note to writers: You'll have a better chance of finding an agent or a publisher if you decide on the genre before you write your book.

Can you tell us two or three things that most readers don’t know about you?

Where Love Once Lived is based in part on my previous wife's life. She was a Stephen Minister, elementary school teacher, and musician who spotted people in trouble and did her best to help them. She loved the book, but made me leave out some of it so as not to hurt anyone. She died from pancreatic cancer before the book was published.

The Vengeance Squad is not about my life, but it is about the grief I suffered after my wife's death. The story itself is fictional. The feelings are not.

What five things do you love/like the most?

Wow. This is a tough one. I'm inclined to find some important stuff to list here, but what comes to mind is pizza and chocolate, not together of course.

Off the top of my head: God, family, country, music, and a good book. Don't read that as country music. I meant the United States and music. My favorite music is choral music.

Ha! Ha! If you could meet one person (besides Jesus, because who doesn’t want to meet Him!), who would you choose?

In Where Love Once Lived you'll find an interracial marriage and discussions of equality.

What is your favorite Bible story?

My favorite story is Jonah and the whale. Sometimes I think about why God puts us into situations we don't like. My next book gets into this area more.

How do you choose your characters names?

The male protagonist in Where Love Once Lived is a bookmobile driver. For a long time I didn't have a name for him. I used the initials BD for bookmobile driver. Before the book was finished, I found a long-lost friend on the Internet and we began to communicate and get to know each other again. His name is Brian Donelson, so BD became Brian Donelson. I have since visited him in Rowe, Massachusetts, which is one of the locales in The Vengeance Squad.

Other than that, I try to pick names that sound right for the character and that are not too similar to other characters in the book. Sometimes I use names of friends or family members. I named the mayor in Where Love Once Lived after my sister in an early draft, but she didn't like it because the character was overweight and my sister is as slim as she was in high school.

There are times I don't the name to match anyone I know, so I use the fiction name generator that's available online.

If you weren’t an author, what would your dream job be?

I've been a computer programmer, teacher, performer, speaker and writer. All were ideal jobs. If I had to pick something else, I would find a job that involves a lot of travel. I've been to 27 countries and have spent more than a year outside the United States, but every time I go somewhere I love it. I especially like staying in one place for a long period rather than going to many places in a brief amount of time. In January of this year we were in St. Thomas, Virgin Islands for two weeks, long enough to go to church twice and sing with the choir after rehearsing with them.

Do you have any books that are soon-to-be-released that we should keep an eye out for?

I am working on my third bookmobile book. It is a sequel to Where Love Once Lived. There are some cross-over characters from The Vengeance Squad as well. It is tentatively called Mourning Prayers and I hope it will be out by September.

Please tell us about the featured book.


Where Love Once Lived follows a man at a crossroads as he seeks to regain the love of his former college sweetheart.

Forced to leave Karen by circumstances beyond his control, Brian returns to his hometown after 30 years to find Karen doesn't want to deal with the memories of his painful and unexplained departure. She has worked hard to put her love for Brian behind her and rebuffs his advances. Brian can see that winning her over again isn't going to be as easy as he had hoped, but he's willing to do whatever it takes.

I was inspired by my faith in God to create Where Love Once Lived. The importance of a relationship with God is a major theme in the book. In the novel, Karen's faith in God grew stronger after Brian left, leading to fulfilling work as a lay minister. As she becomes reacquainted with Brian, Karen begins to share with him the strength that can come from faith. Brian, who had turned away from God, eventually comes to realize that the void in his life was not just the loss of Karen but also the loss of God.

She was fifty-three and divorced with a college-aged daughter at home who’d probably flee the nest soon, leaving Karen to live alone. She’d missed her chance for happiness. Still, she wasn’t sad. Teaching and her volunteer work as a lay minister, hospital chaplain, and member of her church choir fulfilled her. To be honest, she wanted more. She wanted the special kind of love she felt on Tuesdays.

She glanced at the clock on the wall as the familiar knock sounded. The third graders snapped to attention, turning their heads in unison toward the door. Today was the day. Every Tuesday about this time for the past six weeks, a fresh bouquet of flowers arrived. Karen opened the door and felt a rush of warmth when she realized today would be no exception.

Peeking around the blooms with his usual grin, his black curls poking out from under the well-worn blue cap that sat too far back on his head, the deliveryman thrust the vase toward her.

“Good morning, Sam. It must be Tuesday.” She took the flowers, admiring this week’s selection of red roses. Her friend, Cathy, warned her to be cautious because the flowers might be from a stalker, but Karen didn’t think so.

Sam wasn’t much for words, but his facial expressions said it all. He knew something she didn’t know, and his eyes bragged about it.

“You can’t tell me who’s sending these, right?”

Intriguing! You have me hooked. Where can readers learn more information about you?


**********
GIVEAWAY!
Sid has kindly offered to giveaway a print copy of his book Where Love Once Lived. Just leave a comment with your email address to be entered in the giveaway. Giveaway is available internationally.