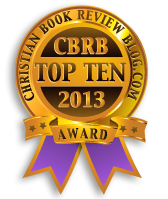 #6: Wings Of Glass by Gina Holmes

Buy At Amazon
A glimpse into the life of a broken woman in an abusive relationship, Wings of Glass is the stirring tale of Penny Taylor. The fact that the author wrote the book as if Penny were penning a letter to her son explaining the painful events leading to his father's absence caused the book to come alive. And experiencing the events solely from Penny's point of view allowed me to feel her pain more deeply. Surprisingly, Penny emanated a certain strength that I greatly admired. For fans of Women's fiction that digs deep into the heart, I highly recommend Wings of Glass!

#4: The Offering by Angela Hunt

Read My Review
Buy At Amazon
* I'm almost finished reading Outcasts, the second book in this series, and it is even better than this one. I already have my first book privileged to be included on my 2014 list;-)

#1: The Inner Society by Melinda Bohannon

Buy At Amazon
The Inner Society by Melinda Bohannon was such an unanticipated surprise! This book delivered much more than I had expected. I love suspense and I love mystery. This book incorporated both.

I must have forgotten to buckle my seat-belt during the first page because I was in for some exciting rough times from the ditches and potholes I encountered. Melinda weaved such an intricate mystery that, when it was finally all revealed, I was in for a shock– my car must have crashed into a tree. And the suspense was so high that I don't think I even had time to recover from my crash– nor did I want to;-)

Yet, amidst the mystery and suspense there was a depth to Melinda's writing that contrasted well with the plot. I was still able to become acquainted with the main character, Maggie Kraus, as well as with some of the secondary characters. The author dealt with some important issues and didn't insulate her writing with bubble-wrap. I enjoyed the rawness of her writing that still maintained a level appropriate for teens (since this is Young Adult fiction that anyone could enjoy). And any book that includes a bad-boy character coming to Christ is always one of my favorites. 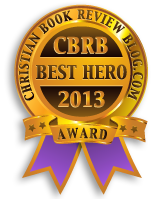 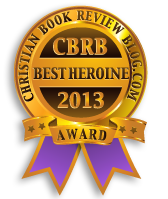 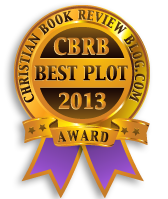 CBRB will not be awarding a CBRB Best Child Award for 2013 due to the fact that I do not recall any of the books I've read, released in 2013, including a child character.
(However, I was able to– finally– read A Passion Most Pure by Julie Lessman and little Katie was just the c-u-test! As a side-note, A passion Most Pure is FREE on Amazon right now)
**********
Honorable Mentions
~ The Beloved Daughter by Alana Terry
Posted by Aizess